Illinois, the country’s largest generator of nuclear power, is in limbo between two potential nuclear futures. In one, SB3417 or HB6007 pass in the Illinois General Assembly this year, lifting a nearly 30-year state ban on new nuclear construction and opening the door for an expanded nuclear portfolio. In the other future, energy powerhouse Exelon follows through on a recent announcement that economic hardships may lead it to shutter three of Illinois’ six nuclear plants, effectively removing the state’s title as the country’s lead producer of nuclear energy.Exelon is expected to make a decision on plant closings by the end of the year.

Legislation could go through by this spring, but faces a tough track record: despite multiple attempts to lift the moratorium over the years, none have been successful.

“I’ve put this bill in four other times,” said Rep. JoAnn Osmond (R-Antioch). “I’m not new to this.” Osmond most recently introduced legislation, HB6007, on Feb. 26, 2014 to lift the moratorium. Osmond said she introduced HB6007 to support a similar bill in the Illinois Senate, SB3417, which was proposed on Feb. 14 by Sen. Mike Jacobs (D-Moline). “I thought maybe I should put a bill in the House just in case he should need it,” she said.

After the Chernobyl disaster in Russia in 1986, many states, including Illinois, enacted moratoriums on the construction of new nuclear facilities until “a demonstrable technology or means for the disposal of high level nuclear waste” is found. Illinois enacted its moratorium in 1987 through the Public Utilities Act.

Nuclear power continues to be a controversial subject in the country and world: both nuclear and antinuclear advocates hold strong opinions on whether the risks posed by nuclear (spent nuclear fuel, proliferation fears, spills) are worth the benefits (an extremely clean and efficient form of energy).

To see a timeline of nuclear power in Illinois, click here.
The view from the field
While Illinois and the U.S. overall remain mired in the nuclear debate, Argonne National Laboratory southwest of Chicago continues a long-standing tradition of nuclear energy research and advanced reactor development. Argonne was officially established in 1946 after Enrico Fermi and a team of scientists harnessed the first controlled and sustained nuclear reaction at the University of Chicago in 1942. Although Argonne encompasses a variety of scientific disciplines today, nuclear remains a large sector at the lab. Laural Briggs, a nuclear engineer at Argonne, initially decided to pursue nuclear research because it would allow her to contribute to society by developing a reliable and economic source of long-term energy. Briggs decided to pursue nuclear research at Argonne because she would be able to focus on computational modeling and simulation, while learning about fields in nuclear she had less of a background in. Argonne’s nuclear division does research in just about every aspect of nuclear power imaginable: advanced reactor design, fuel cycle and waste management technologies, nonproliferation and security, decontamination and decommissioning—the list goes on. However, there are few as keenly aware of the slow pace of nuclear energy development in the U.S. than those working in the field itself. “You do have to have the right personality that doesn’t expect immediate results,” Briggs said. She said many of her colleagues developing advanced reactor designs do not expect to see their work come to fruition in the U.S. before they pass away. “The frustration comes when you know the hold-ups aren’t necessary,” she said. Parties that bring nuclear “non-issues” to the public attention only slow the deliberate pace of an industry with high standards further, Briggs said. “Politics of course affects [work] because our funding comes from the Department of Energy, and that comes from congressional budgets,” she said. Communication between public officials and researchers to develop sound policy on nuclear is also limited, Briggs said. “Researchers do try to reach out and to communicate- how successful that is is another question. It’s something we would all like to see developed further.” 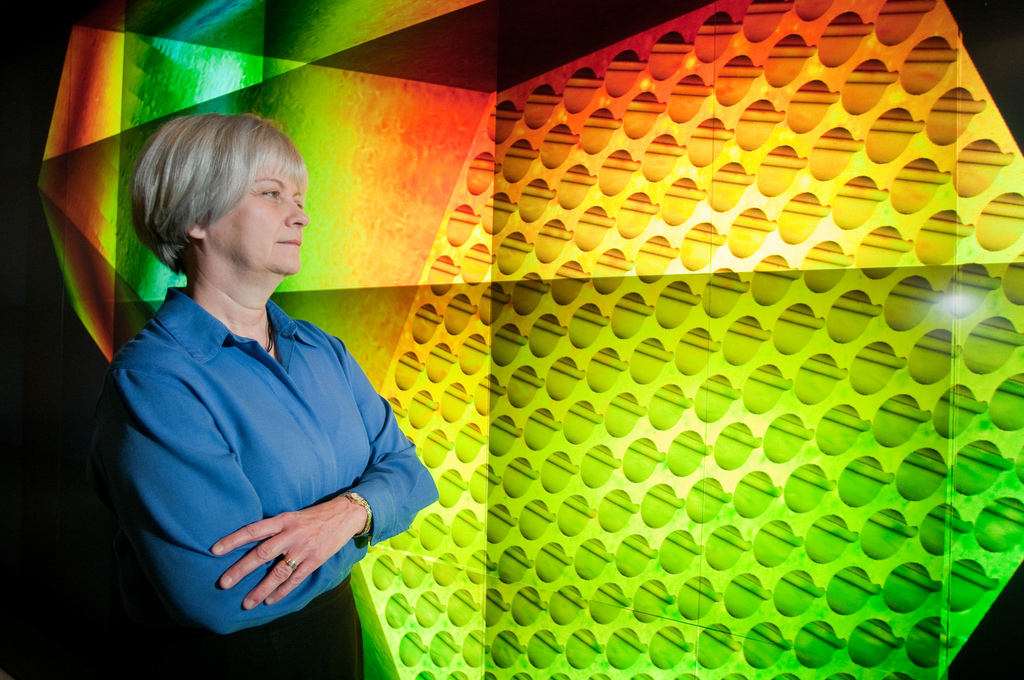 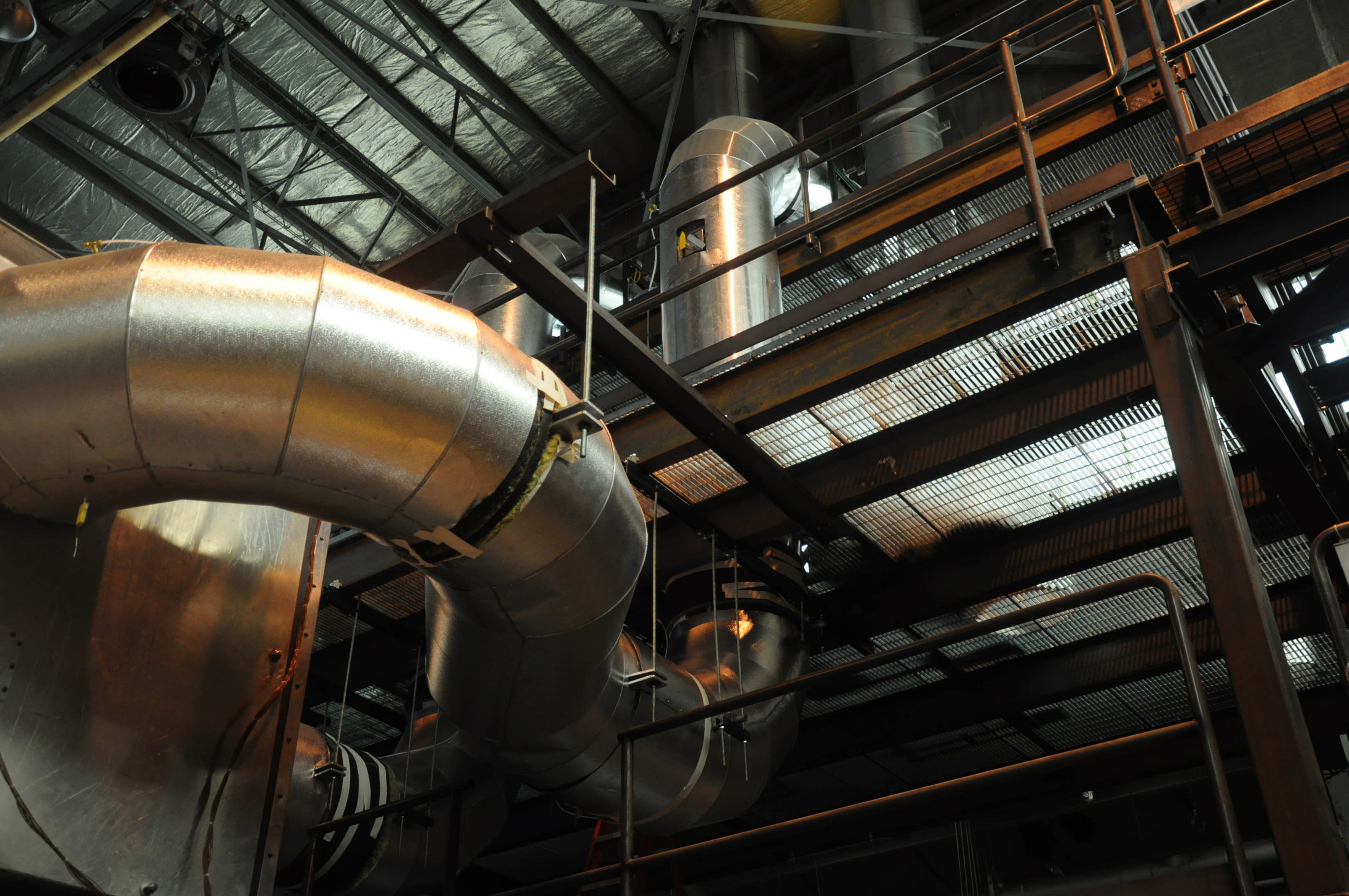 Osmond said she first became interested in lifting the moratorium when she worked with the decommissioning of the Zion nuclear power plant in her district five or six years ago. She said she believes nuclear power is a clean source of energy that can create jobs and business opportunities in Illinois. “It just didn’t seem like Illinois should shut down the door for future development,” she said. Jacobs also said lifting the moratorium would keep business options open for the state. Jacobs is the chairman of the general assembly’s energy committee. “I certainly do think we should do everything in our power so that Illinois is in the running to build nuclear power,” said Jacobs. “Nuclear power has long proven to be a relatively safe form of power and I felt that Illinois should put itself in a position of growth in that industry.” However, Jacobs expressed concern over the economics of nuclear power, especially with an announcement by Exelon that they may close three nuclear power plants by the end of the year if a better financial plan isn’t found. Exelon, which is based in Chicago, is the largest operator of nuclear power in the country. Exelon currently runs all the Illinois plants in addition to three plants in Pennsylvania and one in New Jersey. In an email statement, Krista Lopykinski, director of nuclear communications at Exelon, said the company currently has no plans to close any nuclear plants before their licensed operating lives end, but that “the combined effect of low wholesale power prices and the unintended consequences of current energy policies is challenging the economics of several of Exelon’s Illinois nuclear units.” In Illinois, Exelon has mentioned they might shut down the Byron, Quad Cities and Clinton plants—a total of five reactors.
Electricity, jobs and moneyNationwide, nuclear power provides 20 percent of the country’s electrical generation, and has since 1990. Renewables, such as wind and solar, provide about 12 percent of the country’s electrical generation.In Illinois, nuclear provides about 48 percent of the state’s electricity. With six nuclear plants and 11 reactors, Illinois represents about one-eighth of the country’s nuclear power.
Highlighted states have restrictions on nuclear power. Zoom in to see where Illinois' nuclear plants are located.
“I don’t know how the nuclear industry is supposed to compete with power so cheap,” Jacobs said. “The price of natural gas has so crippled the nuclear industry that it’s difficult for them to make money right now.”Jacobs said he does not foresee new nuclear construction in Illinois in the near future, but is interested in giving the state the  option of building a diverse energy portfolio. He also said nuclear construction would create a large number of jobs in Illinois. “We  have to be aware that Illinois is a leader in nuclear power. It behooves us… to show that we appreciate their business,” he said. 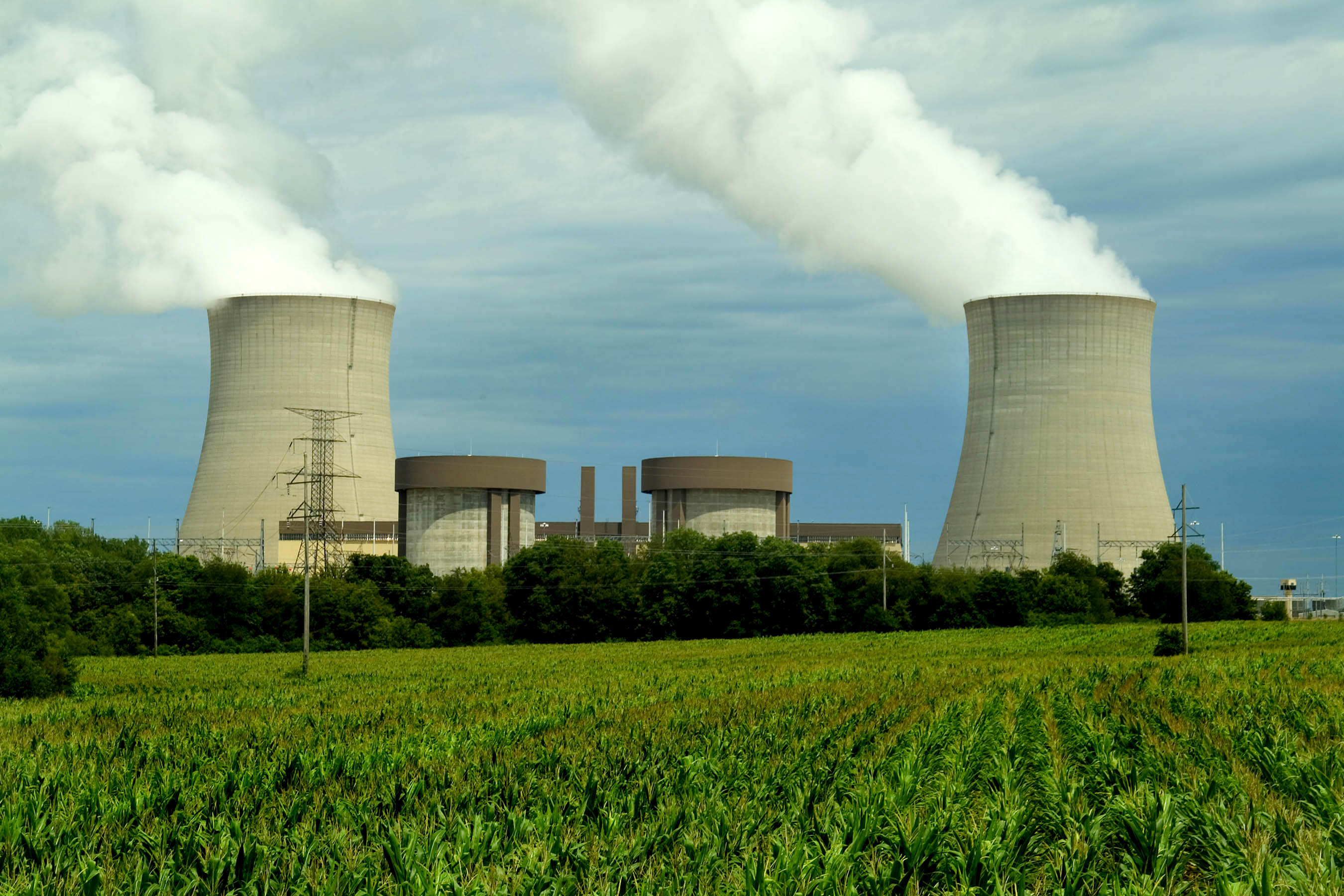 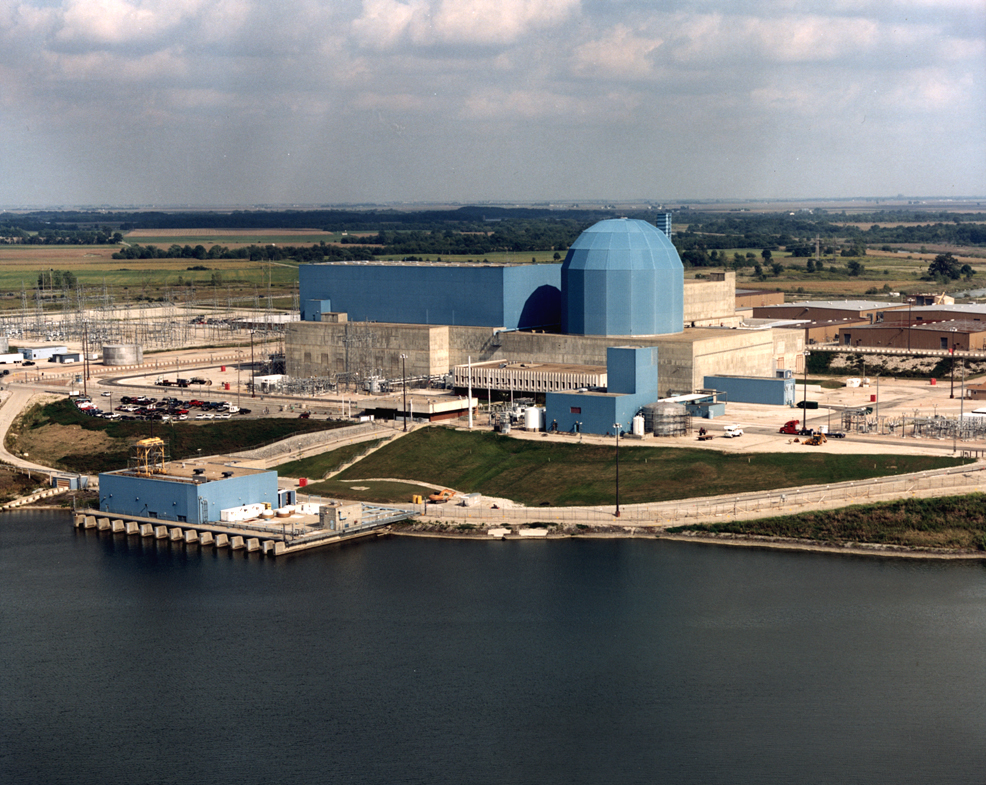 The flip side
As the bills to lift the nuclear moratorium move through the state legislature, environmental groups are making moves to slow and stop their progress. “We’re not taking any chances,” said David Kraft, director of the Nuclear Energy Information Service, a non-profit organization against nuclear power. Kraft said he worries that debate over the bill in the legislature could lead to compromises on legislation for renewable energy like wind or solar. “If it gets down to the nitty-gritty, it might be one of those ultimatums,” Kraft said. “We don’t want it to get that far.” Instead of finding ways to make nuclear work economically, Greenpeace nuclear policy analyst Jim Riccio said the country should be focusing on energy efficiency, wind and solar power. “I’d much rather put a solar panel on a bunch of people’s homes than put them at risk by putting a nuclear plant in their backyard,” he said. Although the Greenpeace co-founder Patrick Moore made waves by switching to a pro-nuclear stance a few years ago, Riccio said Moore’s move does not reflect Greenpeace policy. Riccio also said he found the finances of nuclear energy to be a nearly insurmountable obstacle, especially with natural gas prices being so low. “The economics just don’t add up and they’re not going to add up in the future,” he said. The largest expense from nuclear comes from capital costs, which include the cost of construction and licensing fees. Nuclear advocates maintain that capital costs balance out over time because nuclear plants have low operational costs, uranium (nuclear fuel) is a readily available resource, and more advanced plants are being designed to operate for up to 100 years. However, time is relative for many anti-nuclear advocates. It takes about five years to build a nuclear plant, not including the time necessary for planning and licensing. “Why would you choose something that’s dangerous and won’t have another impact for another decade?” Riccio said. 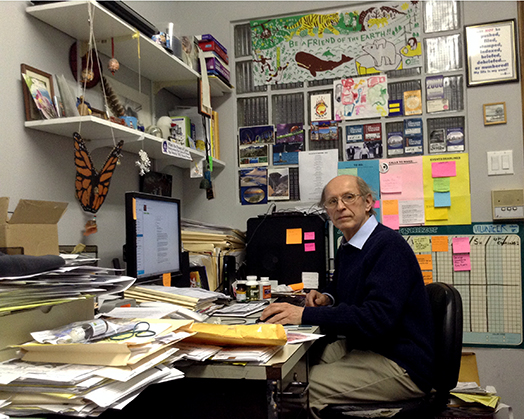 Although disasters like those at Chernobyl and Fukushima have caused some countries such as Germany to reconsider nuclear power, others countries are making serious steps to develop nuclear energy programs, such as Belarus and the United Arab Emirates, said Brian Molloy, the technical head of the International Atomic Energy Agency’s nuclear power engineering section. “Gas prices globally are quite volatile. Nuclear costs [and] uranium costs are more stable.”

Briggs also said that significant progress in other countries, such as China, France and India, might spur the public to support nuclear in the U.S. “The U.S. was the leader in nuclear energy for many years, and because of political maneuvering we have lost that lead,” she said. 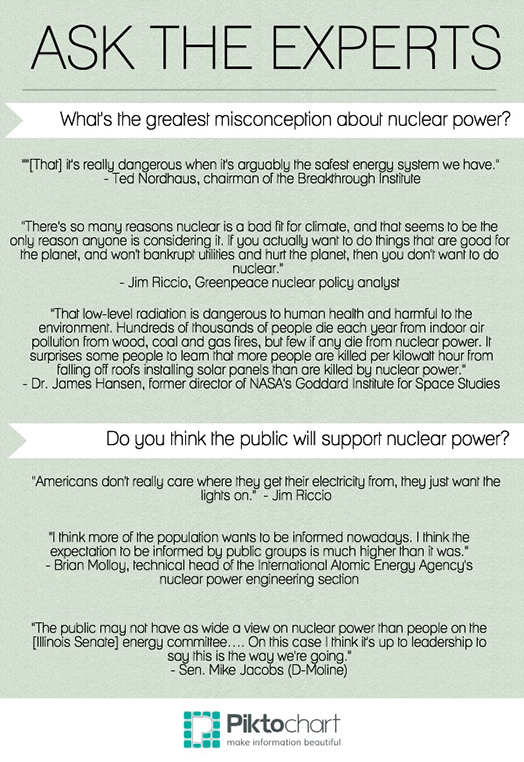 Uncertainty at home When or whether the U.S. eventually buckles down on nuclear power is uncertain: but if it does, progress is likely to be slow. The construction of two new nuclear reactors at the Vogtle Electric Generating Plant in Georgia is the first new nuclear construction in three decades. Work on the reactors began in 2013 and is expected to be finished by 2017 and 2018. Briggs said she believes the U.S. will be forced to increase nuclear generation in the long run. “Natural gas prices won’t stay super low forever,” she said. “It’s also simply too efficient and too dense an energy source to ignore.” Osmond said the deadline for SB3417 and HB6007 to pass through the Illinois House and Senate and to the governor is May 31. If everything goes smoothly, Jacobs said the lift on nuclear power could go into effect by January of next year. We can’t just think about tomorrow, we have to think way in the future,” Osmond said. In the meantime, Kraft said the NEIS is working on a media campaign to alert the public and other environmental organizations about the bills’ progress.
Credits:
First background image: Exelon
Second and last background images: Elizabeth Wang/MEDILL
All images of nuclear generating stations: Exelon
Unless otherwise noted, other images, maps and charts: Sarah Kollmorgen/MEDILL