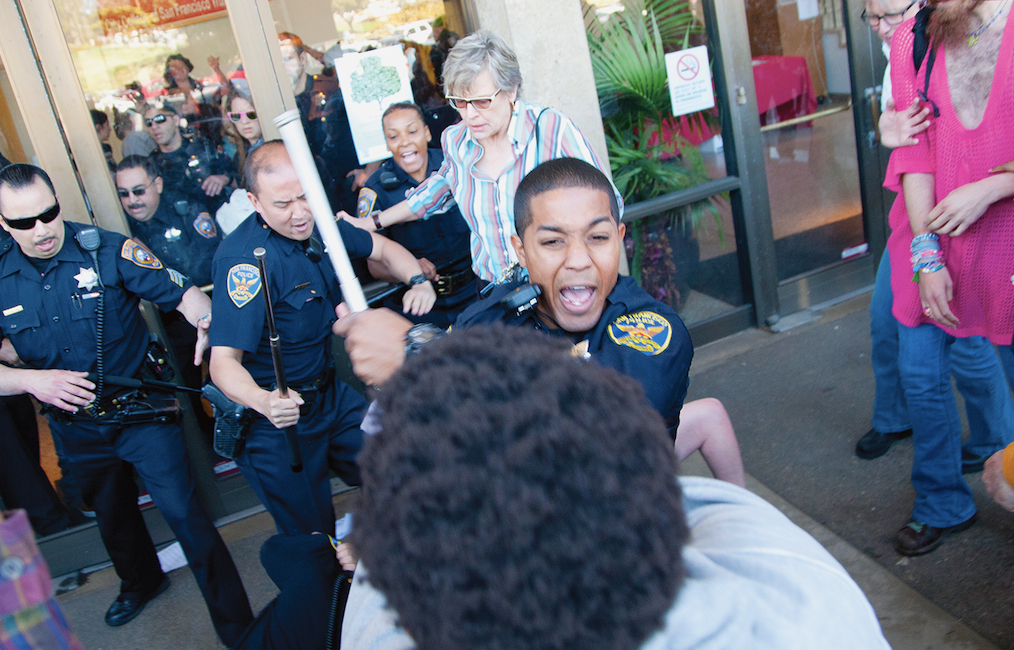 Democracy For None
City College of San Francisco's new special trustee holds
no public meetings, solicits no public comment.
With the college's life on the line, who
will decide its future, and who will be left behind?

Democracy is dead at City College of San Francisco. At least, that's what student protesters allege.

At a rally on March 13, over 200 student and faculty protesters marched at City College's main campus to call for the resignation of state-appointed Special Trustee Robert Agrella. When City College was told it would soon close, the city-elected Board of Trustees was removed from power, and the state gave Agrella the power to make decisions unilaterally.

Agrella is not beholden to board rules, and now makes policy decisions behind closed doors: No public meetings are held and no public comments are solicited.

His decisions have proved controversial. Students are concerned that fast-tracked decision-making and new billing policies will create new barriers for students with few other educational options. But with no public forum to express their outrage, students took to the pavement.

The protesting students were met by police aggression, and in the aftermath of the clash two students were arrested — one was pepper sprayed, and the other suffered a concussion, allegedly at the hands of a San Francisco Police Department officer.

Both SFPD and CCSF police were on hand for the protest.

Controversy is now swirling around Agrella, school administrators, and the students involved. But lost among questions about police violence are larger policy concerns. When will democracy, that critical right to have a say in significant decision-making on campus, return to City College?
“To be excluded and ignored and disenfranchised
is simply unacceptable.”
— AFT 2121 Faculty Union President Alisa Messer

The protest began as students marched across City College’s main campus in an open space designated by college officials as a “free speech zone.” They headed toward an administrative office building, Conlan Hall, where students freely conduct business every day. However, the administration locked the doors on the protesters.

In response, the students inside unlocked them. When the protesters tried to enter this public building, they were met with resistance from campus police and the SFPD. 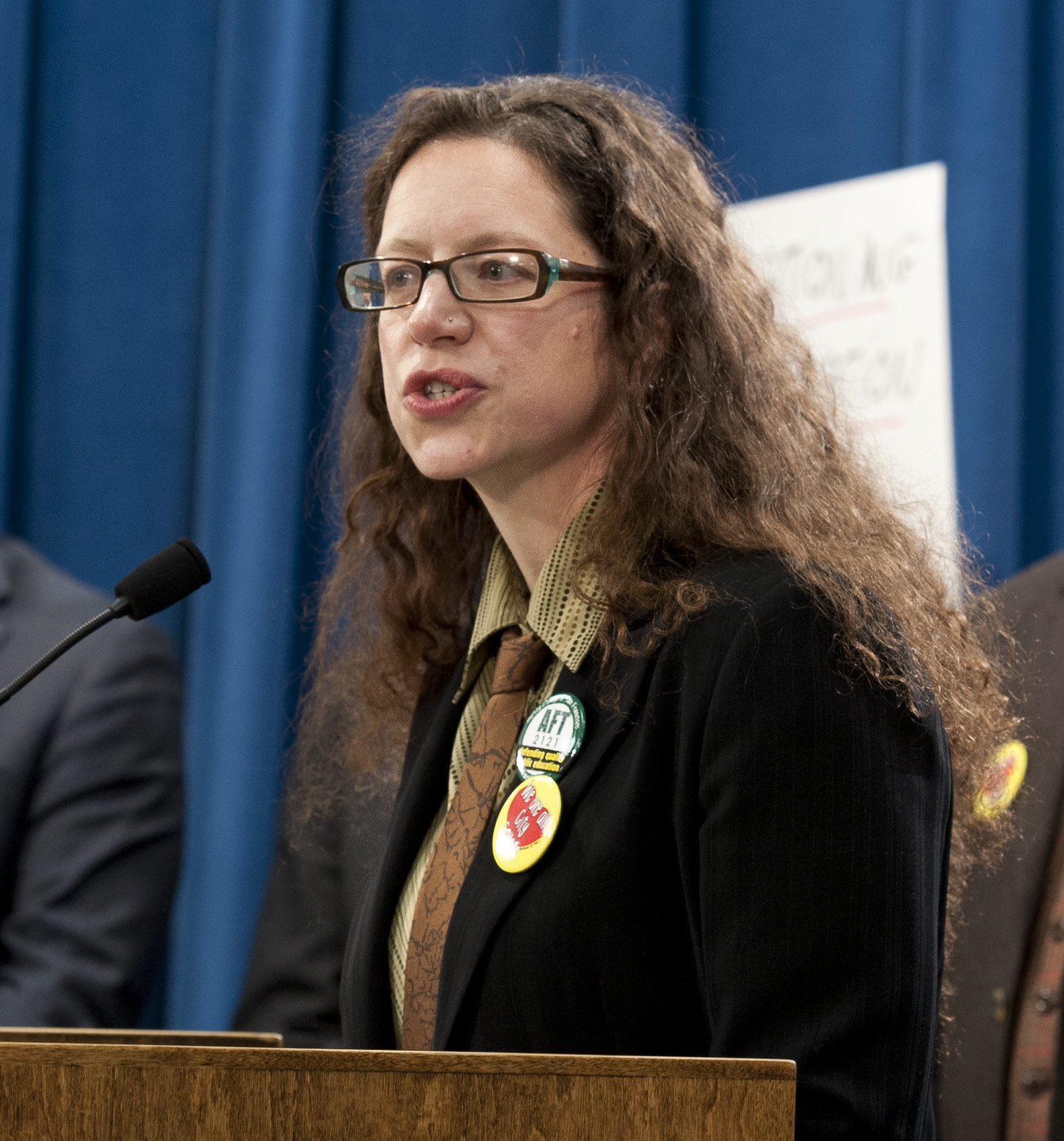 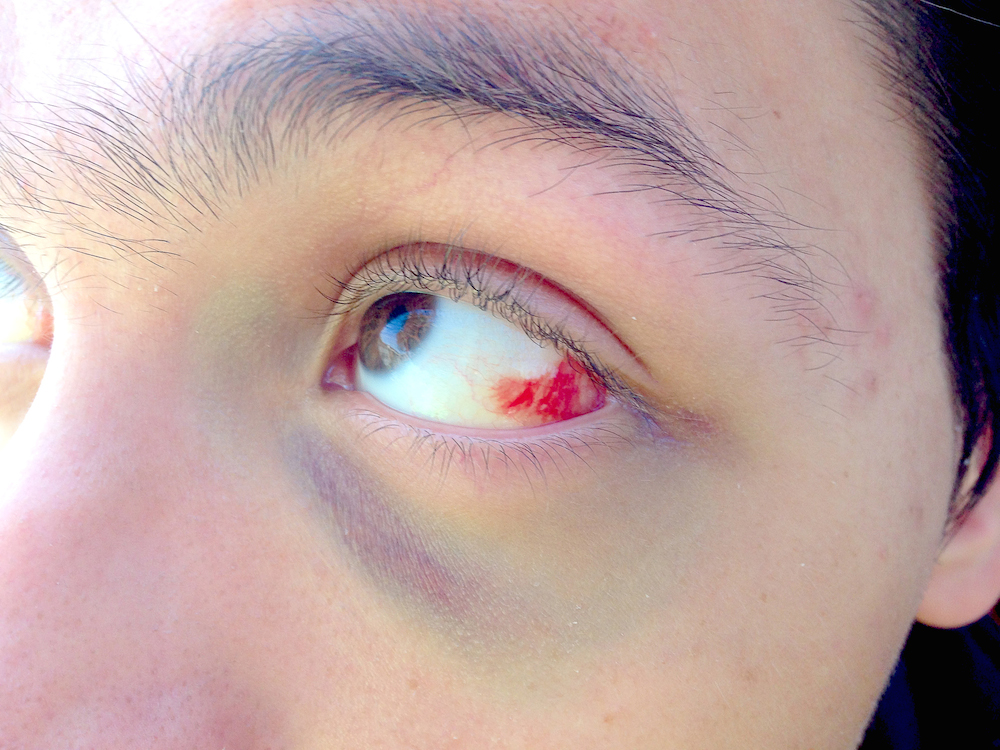 Otto Pippenger, 20, who was at the front of the protest, was dragged to the ground by multiple officers and allegedly punched in the head by an SFPD officer, an incident caught on video and recalled in eyewitness accounts.

His mother, Heidi Alletzhauser, told the Bay Guardian that Pippenger had since received medical attention. She said he’d suffered a concussion, contusions from where his head hit the concrete, injuries to both wrists, and broken blood vessels in his right eye.

Dimitrios Philliou, 21, was tackled to the ground and pepper sprayed in the face. In a video interview shortly after the incident, he recalled what happened.

"I asked [officers] what law I broke and neither could give me an explanation. They proceeded to tackle me to the ground," he said.

Philliou was charged with misdemeanor “returning to school,” described as trespassing by the Sheriff's Department.

Pippenger was charged with two misdemeanors: resisting arrest and battery on emergency personnel.

The students were released the following morning (March 14), before sunrise. Philliou was issued a citation and released, and Pippenger made bail and was released, according to the San Francisco Sheriff's Department.

Pippenger's eye after he was released from jail.

The City College faculty union raised over $1,000 towards Pippenger's $23,000 bail. In the end, the District Attorney's office declined to charge the two students. They still face the possibility of a school disciplinary hearing, Vice Chancellor Fay Naples told the students.

In an emailed statement, City College Chancellor Arthur Q. Tyler described the clash between protesters and police as the fault of the protesters who tried to enter the building.

"I am saddened to see students engaging in violent outbursts," he wrote.

City College spokesperson Peter Anning said the school regretted the actions of the most violent officers. "There was one police officer with the SFPD, not [City College Police], whose behavior was more forceful than need be," he said.

Philliou said he just wanted to be heard.

"We just want to have a conversation with Bob Agrella," he said in a video interview with the college's newspaper, The Guardsman. "It'd be nice if he would talk to us, like a real human."
But so far, the students have been met with silence.
"I will strive to make this process as transparent as possible, as I do value the input of the college community."
— Special Trustee
Dr. Robert Agrella

Agrella does not hold public meetings or take public comment on his decisions, but he posts public agendas in accordance with the California Brown Act. In the past, he's called these posted agendas "meetings," and dubbed email feedback as "public comment."

Messer was critical of the practice. "Apparently these meetings are happening in the special trustee’s head," she said, "and an email counts as public comment. No one agrees that [email] comment is public."

In the past, public comment has meant speaking aloud at a meeting in a room where not only could everyone hear you, but every word was broadcast on television and on the web.

City College Board of Trustee public meetings used to be archived online for the world to see. Now only Agrella's eyes see the concerns of the college community.

Pressed on whether these agendas and emails could count as public meetings, City College spokesperson Larry Kamer said, "I can't answer that question because you're getting into matters of legal interpretation. I'm not a lawyer."

The Board of Trustee's meetings were not always the most shining examples of democracy, he said.

"When Dr. Agrella was appointed as special trustee with extraordinary powers, it was precisely for the purpose of expediting decision making," Kamer said. "The idea of expedited decision making and board meetings that go until one or two in the morning are usually incompatible."

But City College Trustee Rafael Mandelman said some of the tension around the changes at City College could be diffused by letting the public vent, well, in public.

"I'd much rather have people jumping up and down in public comment than having an assault at Conlan Hall," he said.

At a City Hall hearing held by Sup. David Campos the day after the protest, many students decried a loss of democracy at the school. Campos will soon introduce a resolution to the Board of Supervisors calling for the reinstatement of the City College Board of Trustees.

Students' concerns about the college, voiced at rallies instead of public forums, have proven as diverse as the students themselves.

The population there is traditionally older, with fewer English speakers than the general student body.

"We're worried about the impact on the immigrant communities, the free English as Second Language classes, and vocational training," Lee told the Guardian. "We partner with City College to run a hospitality training program so immigrant workers can get good jobs. We're concerned about how City College will serve its immigrant workers."

That concern has been intensified by a new restrictive billing policy that's impacting lower income students.

The school has started to require up-front payment for classes, rather than billing students later. The change may shore up the college's bank account in the short term, but many financially strapped students dropped their classes due to an inability to pay.

Itzel Calvo, a student who is an undocumented citizen, said at the City Hall hearing, "I was not able to enroll in classes this semester unless I paid thousands of dollars in tuition up front, even before the classes started. I can't afford that."

The Chinese Progressive Association has also raised concerns about changes to the college's educational plan.

Over the course of four months, City College will formulate an educational plan to determine which classes deserve funding, and which don't. This process usually takes a year. But with the accelerated process and lack of outreach, Lee's worried that English language learners and vocational students will be sidelined.

"Our students don't fit into a traditional model of what community colleges look like," she said. "They're not looking to transfer to a four-year university, necessarily."

The California Brown Act defines meetings thusly:54952.2. (a) As used in this chapter, "meeting" means any congregation of a majority of the members of a legislative body at the same time and location, including teleconference location as permitted by Section 54953, to hear, discuss, deliberate, or take action on any item that is within the subject matter jurisdiction of the legislative body. 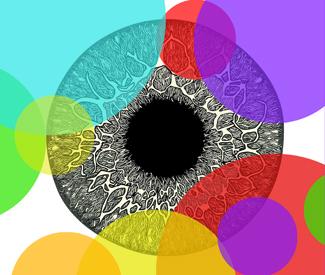 Focusing on transfer students moving from community colleges to four-year universities is part of a state policy known as the Student Success Initiative. In a lawsuit against the Accrediting Commission for Community and Junior Colleges, City Attorney Dennis Herrera alleges that the ACCJC's agenda of pushing this initiative was the driving force behind trying to close City College.

The college's students rallied against those changes for years. Yet Agrella is enforcing the Student Success Initiative. "My job is to play within the rules and regulations of the ACCJC," he told the Guardian in an interview a few months back.

On campus, concern is growing that changes made to appease the ACCJC may disenfranchise City College students in greater
numbers. But worst of all, without public meetings or public
comment, the college's students may not get a chance to advocate against those changes before it's too late.
Emily Ja Ming Lee asks Chancellor Arthur Q. Tyler (far right)to ensure better outreach for the education plan
Tweet 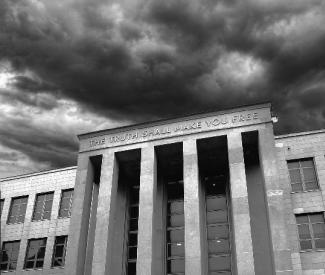 This article is a  San Francisco Bay Guardian beta test of the Scroll Kit software. The article was designed by Joe Fitzgerald Rodriguez, a Bay Guardian staff writer. The cover photo is by Santiago Mejia, a reporter for City College's newspaper The Guardsman. The animated GIF embedded of the police is a clip of Vimeo footage by videographer Peter Menchini. Email the author at Joe@SFBG.com.