Today’s consumers demand interconnectedness. Our technology, which we use essentially as an extension of ourselves, feeds this sense of interconnectedness as it translates our interactions with the world into flows of information. This information is then used and shared to build a network of intersecting flows of information, giving our interactions with our world and our peers space online. In recent years we have seen a flood of wearable tech devices including fitness bands. These bands offer a window into personal data by tracking movement, sleeping habits, and diet, serving as an extension of our “self” and creating a flow of information based on our body’s interaction with the world. Over the last five years, masterminds Hosain Rahman and Yves Behar of Jawbone have worked together to create tech products that facilitate this sense of interconnectedness, notably the UP band. The UP band is a device that wears like a bracelet but has the capabilities of monitoring an individual’s every move. From understanding sleep patterns to calculating daily steps, the band provides daily insights on the lifestyle of the user. The UP wristband provides wearers with valuable data regarding their bodies and lifestyles, allowing individuals to make detailed, informed decisions and thereby empowering users to take charge of their own health. 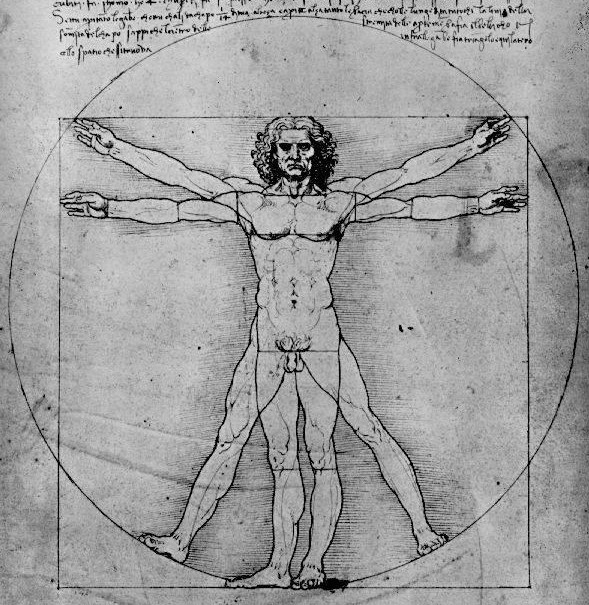 Humans have a long history of tracking their vital functions using technology. In the early 1800’s, Thomas Jefferson is rumored to have invented a mechanical device for counting an individual’s steps, now known as a pedometer. At the end of the 19th century, inventor Scipione Riva-Rocci created an early prototype for an analog sphygmomanometer, a device which measures the wearer’s blood pressure. Almost a hundred years later, Polar USA released the Polar PE 2000 heart rate monitor, revolutionizing the way individuals track their heart rate.

All the early models for wearable technology used to monitor the human body developed into the technology we see today. Many individuals have grown accustomed to having a sphygmomanometer strapped to their arm each time they visit the doctor, and all smartphones feature built in pedometers.  In December 2011, the US company Jawbone took wearable tech a step further by releasing the UP wristband, an electronic device which counts steps, measures blood pressure, tracks heart beats, and more. Launched just in time for the holiday season, many expected the band to be a commercial hit; however, after just a week consumers began to report that their devices shut off completely, known as being ‘bricked.’ The company recalled faulty units and offered refunds, and CEO Hosain Rahman wrote a letter of apology to fans of the band.   Less than a year later, Jawbone re-released the new and improved UP band. Since reintroducing the product, the company was stuck with the new model, although it frequently updates the accompanying smartphone application. Additionally, several competing companies have release their own health bands, such as Nike and FitBit. Health bands are now an accurate and reliable source of data on the human body. Regardless of the brand, wearable technology allows individuals to live more informed lifestyles.

The jawbone UP band is a hard- and software-based concept that enables users to track their performance through the day. The wristband is made out of a hypoallergenic rubber which encases a small computer system with sensors that read data from the body. This data is then sent via bluetooth to the UP App on the user’s smartphone. This App then delivers this data to the wearer about his or her day. The app has the capability to deliver information about sleeping habits, total about of steps taken, and peak productivity throughout the day. Users can catalog their calorie intake, water intake, as well as exercise through the app. A special feature of the band is the ability to vibrate and wake you up at the most optimal moment during your sleep cycle, ideally waking you up at the time you would feel most refreshed. The bracelet can also alert you via vibration when you have spent too much time sitting or being idle during your day. One attraction of the UP band is the interconnected social aspect the app provides. Users are able to connect with their friends on the app, set goals, and motivate each other. The ultimate goal of the product is to make the users live and health a little easier to achieve. 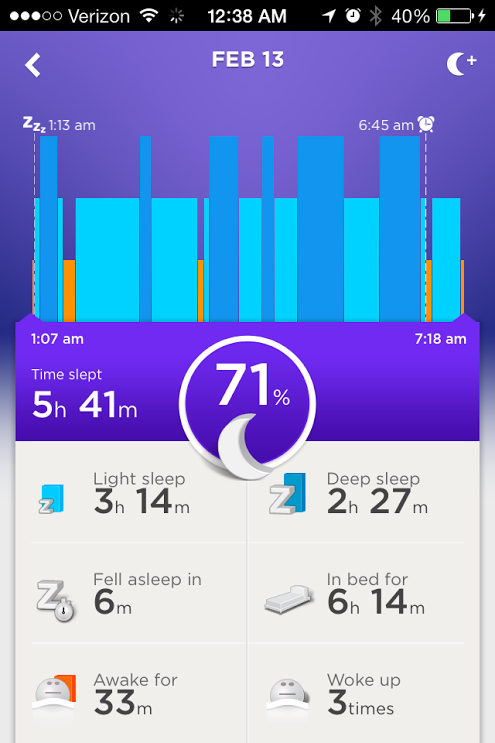 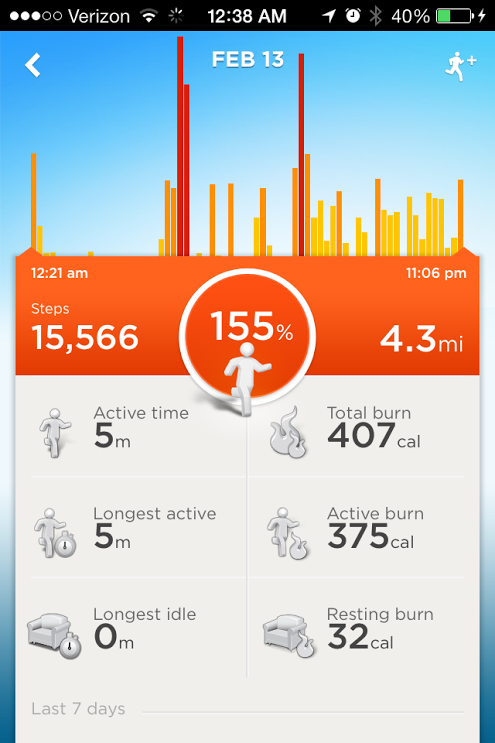 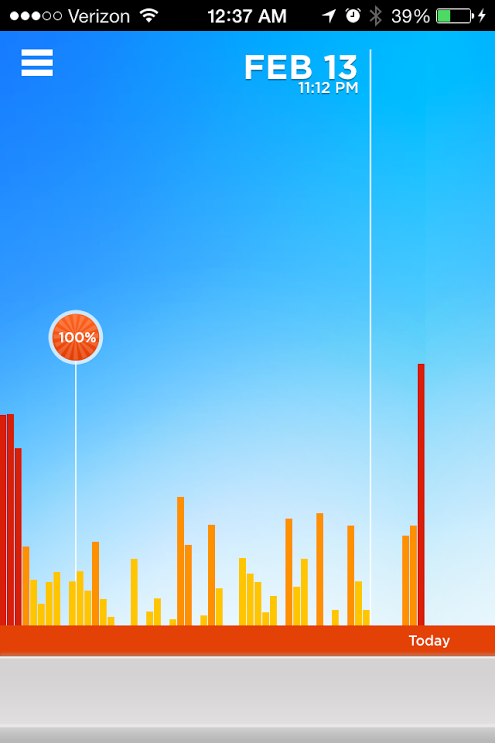 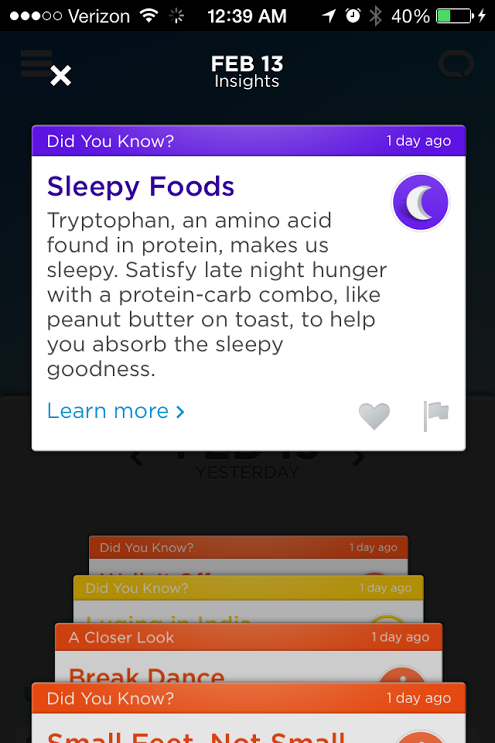 "Designers have a responsibility to show the future as they want it to be—or at least as it can be, not just the way an industry wants it to be" – Yves Behar (FastCompany).Meet Yves Behar, founder and CEO of Fuseproject and Chief Creative Officer of Jawbone. The innovative designer of an impressive repertoire of products including the Herman Miller Sayl Chair, Verbien Augen Optics, the OLPC XO tablet, the Sabi SodaStream, Whole World Water, and of course the Jawbone UP. This unique set of products has evolved from mastermind Yves Behar’s core belief derived from the idea of creating meaningful, innovative products and designing beyond the realm of what already exists. He says “It’s all about how you take technology and turn it into something magical, attractive, with a sense of humanity attached to it” (Vanity Fair). Rather than feeding consumers more of what is already out there, Behar is taking one step ahead and thinking about functionality and purpose. He achieves this by looking into the roots of his designs and integrating that into his design process. When creating, he asks himself important questions like “How do I want this to fit in my life? Does it create the right conversation between me and my environment or the people around me?” [These questions] go on and on, and he never stops asking them” (Vanity Fair).  Our interest is drawn to Behar, as he is the mastermind behind this device we have devoted this research to, so let’s look at has he has achieved his purpose. With the UP we see his ideas of integration of purpose and functionality with his design process; the UP is not a device to be worn simply for the purpose of style but to act as an extension of the human body. With a monitoring system the band integrates this sense of self awareness by providing a daily view into personal data that would otherwise be unknown. To us, it is incredible that something that you wear on your wrist that looks like an accessory has these incredible capabilities. Overall we are so impressed with the UP Band - a decade ago this was something we would have even imagined, (and we thought flip phones and game boys were the next big thing); it is designers like Behar that makes innovation like the Jawbone UP a reality.

According to 2008 statistics compiled by the US Department of Health Services, 68% of adults in the United States are overweight or obese (Ricker). What does this mean for the recent growing trend of fitness devices and gadgets we now call "wearables" like the Jawbone UP?The Jawbone UP, as we saw, monitors its user's daily activities from number of steps, duration of sleep, and calorie intake. All of these features of this fitness gadget, paired with a free smartphone app that lavishly displays activity summary through a series of graphs and charts, are argued by many to actively motivate people to lead healthier and better lives. An article from Cite World reports that one company, Appirio, a 7-year old business with approximately 700 employees that helps enterprises migrate to public cloud services, administered Up models to 200 employees arguing that it helped increase workers' productivity, employee satisfaction, and weight loss throughout the company (Gohring).The benefits of using the Upband and/or other trending fitness devices are many, and can be summed up as the work of a "virtual trainer" in the form of "a physical device designed to be present but transparent in your life... a constantly demanding diary that takes time, energy and attention to update - like a calorie-counting Tamagotchi. Everything must be logged, manually, forever" (Randle). The idea behind fitness gadgets or wearables in general thus reflects an inherent or subconscious human obsession with recording, tracking, and monitoring every movement, activity, and even thought into a "digital diary". And devices like the Jawbone Up offer a way to accomplish this in an effortless manner, designed to be nearly invisible and unfelt by the user. But beyond their original purpose as enhancers or motivators of healthier lifestyles, these devices reflect another, deeper cultural importance for modern society: the building of a closer relationship with our devices and the expansion of the ubiquitousness of technology and the Internet. Fitness gadgets and wearables alike, as part of a new and growing industry, demonstrate how technology is rapidly advancing to integrate fully and more seamlessly into our daily lives. Wearables are an example of the merging of the human and machine and of the collaboration between device and user that defines a modern society like ours. Furthermore, they represent the expansion of Internet and wireless technologies, that although many of us take for granted or classify as invisible or unseeable, is becoming more and more ubiquitous as the technological age we live in progresses.

Ballve, Marcelo. “Wearable Devices Are Still Not Getting The Attention They Deserve - Here’s Why They Will Create A Massive New Market.” Business Insider. Business Insider, 29 Aug. 2013. Web. 29 Jan. 2014. <http://www.businessinsider.com/wearable-devices-create-a-new-market-2013-8>.